So after a little more than six months of living on one income I've been continuously thinking and looking for ways to make every dollar stretch. I've taken advantage of coupons, in-store club savings and store apps for first peek at sales and additional coupons. I got to thinking in April, instead of worrying about having a coupon for everything why don't I just try making the items that are our basic staples? Like our grandparents and great-grandparents did. Once upon a time, there was not a 24-hour WalMart on every corner. Hard to imagine I know but it's true!

I started with applesauce since it's a top favorite of Calvin's, plus he takes his reflux and when needed probiotic in it. It was so easy! I decided that I will never buy applesauce again and always be on the look out for apple sales. 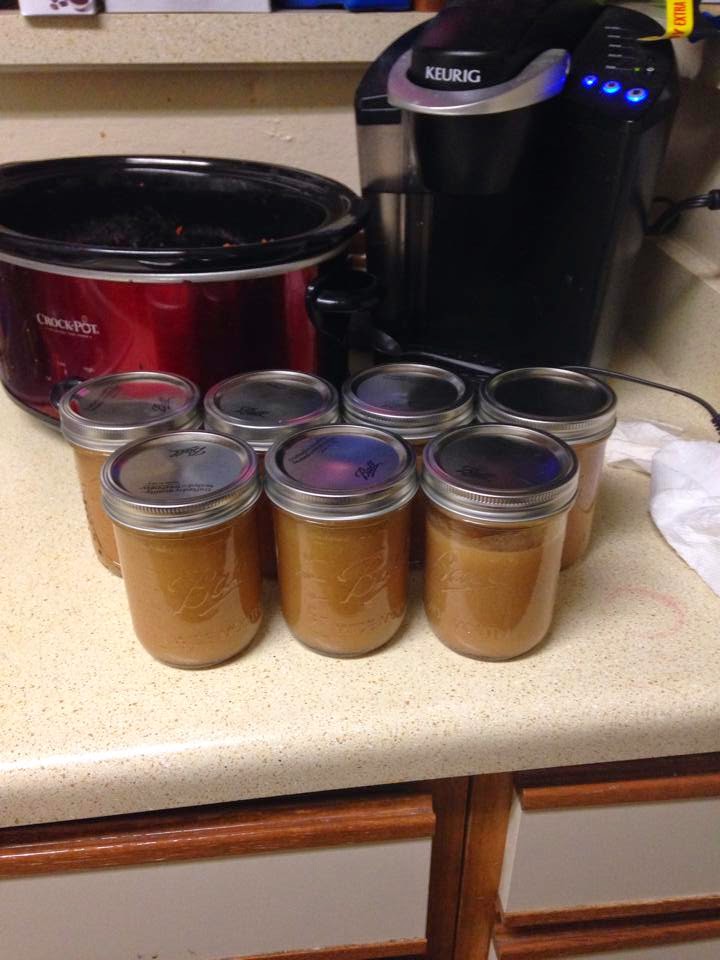 Then I got to thinking what's another staple we buy often? Bread! This task scared me, trying to get it right for sandwiches and taste familiar and such. I took me trying three different recipes and several attempts at each recipe but I finally found a winner and got it just right. Making bread is just a chore now like folding laundry or something. No longer a daunting task.

What else do we use a lot of? Spaghetti sauce, we are a spaghetti eating family! It's also one of Calvin's favorite things. While I did use this recipe as an initial guide but I did my own thing as far as spices and flavoring goes. I also used my crock pot. 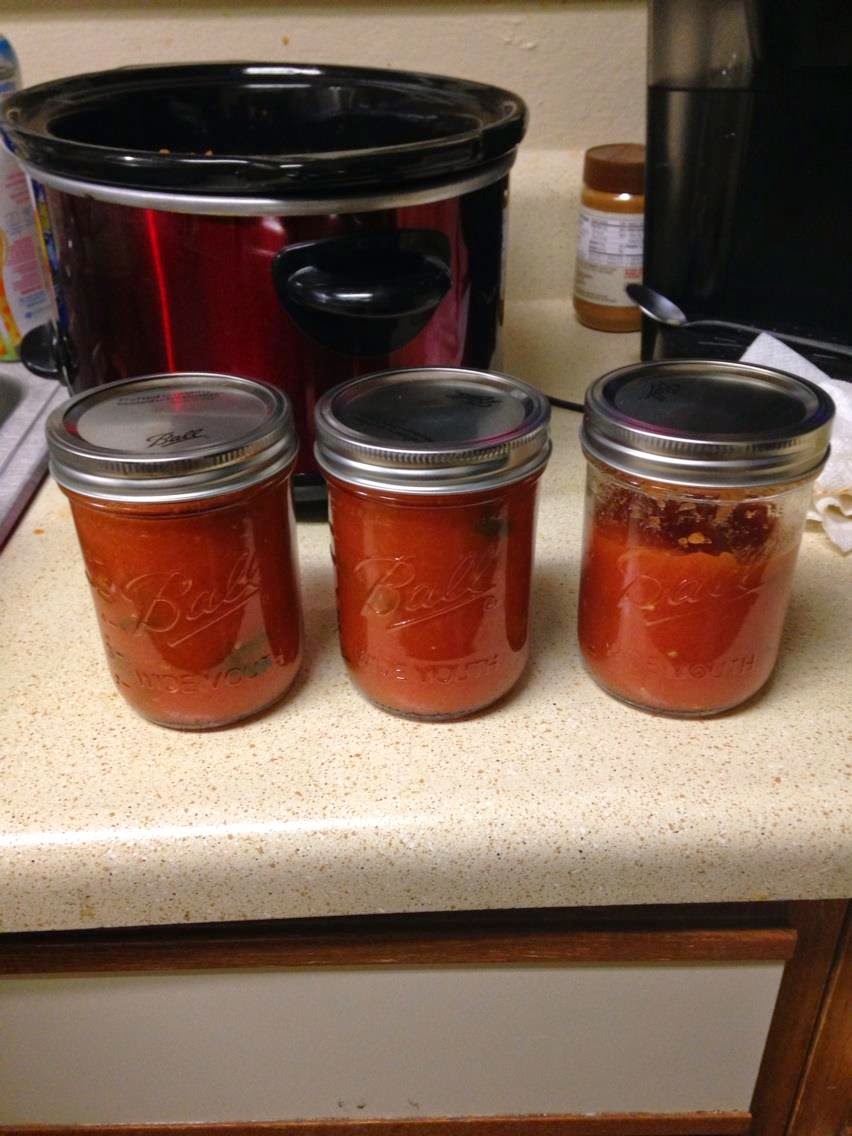 Another favorite of Calvin's is PB&J's. Our peanut butter is still store bought but the jellies I decided to take a shot at too. I wanted to replicate a sugar free type of jelly we had been buying and luckily I found pectin that can substitute Splenda instead of actual sugar. Sure Jell made my Kraft and can be found in grocery stores. Look for the pink box! Recipe comes with the box.

My jelly is blueberry and raspberry. We like berry jellies and those were the berries on sale when I decided to whip up a batch. The box contains several receipes for several different kinds of fruits and how to prepare them. 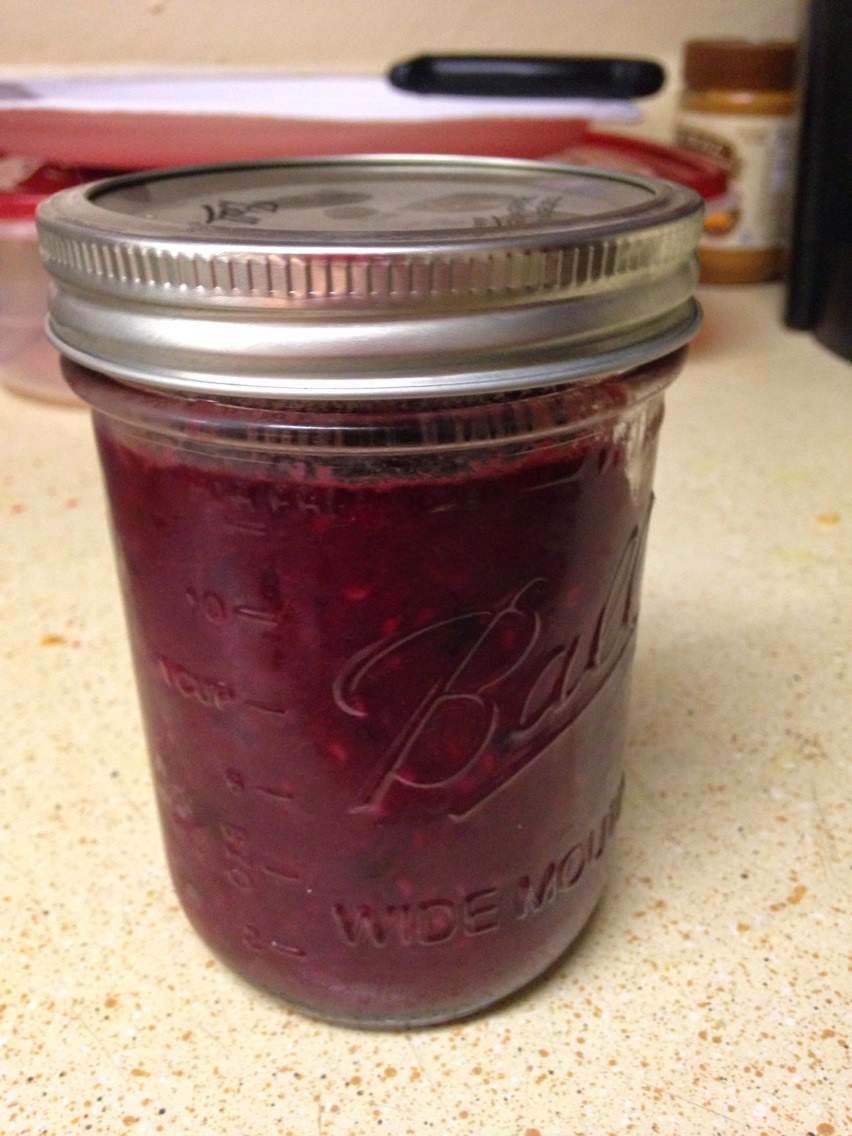 I've made several other common things like biscuits, cookies and Will's birthday cake including the frosting! I have never used so much flour in my life. Instead of leaving the grocery store with bags and bags of stuff I leave with just a few. Flour and fresh ingredients like onion, cilantro and garlic. Other ingredients like baking power, baking soda and yeast last a very long time because most recipes only use  one teaspoon or less.

I've saving a lot on our grocery bill and Calvin is getting to see how food is actually made!