Mama's boo-boo and a Milestone

Was there ever a time when potty training became super important?

It became SUPER important for me on Halloween.... 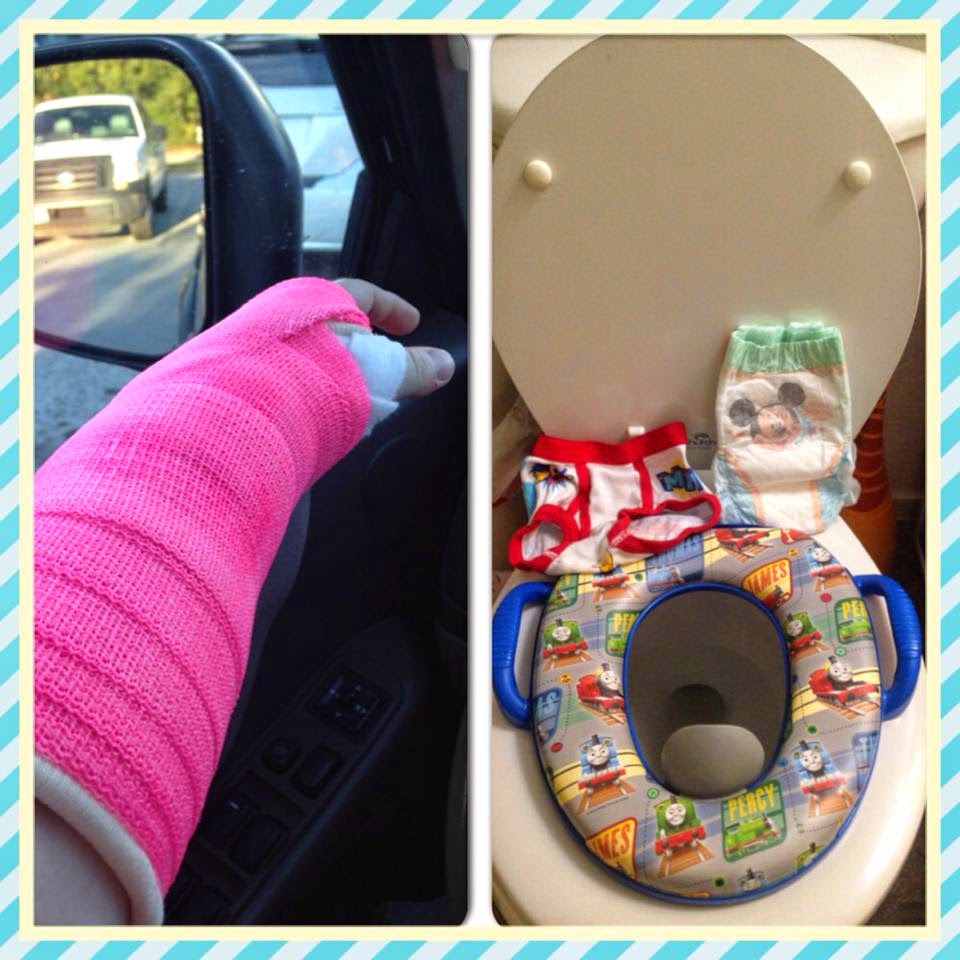 I fell down walking and was instantly in a lot of pain. Went to the ER and sure enough, broke my wrist! Doing anything one handed isn't easy, but especially not changing a diaper. Ok kid, time to start using that potty! It's been a task as I'm sure it is for most parents, BUT our perserverene has begun to pay off. I hope. Tonight Calvin told the teen and I "poop", I rushed him to the potty and after a few minutes he went!!! I couldn't be more proud! The teen has helped in encouraging him, he seems to pay attention to her a little better. Why listen to mom when you have a cool teen cousin right?

Xoxo and tot giggles
Posted by Unknown at 1:15 PM