Growing up in a very small town kids started school at age five to six depending on their birthday. Some kids went to Headstart at the one and only daycare in town the year before K5. Daycare (IF your mom even worked), Headstart, K5/elementary in that order. I was not one of those kids who went to Headstart, so school for me began with K5. Straightforward right?

Well, fast forward to adulthood when I'm enrolling Calvin in daycare, living in the Big D and nearly every mom works. Daycare had become a normal way of life in my generation with centers everywhere. Several in each neighborhood, and the cost..well that's a while different topic to write about! Daycare culture in general was all new to me but one thing in particular I noticed was everyone was calling daycare school. Even the workers called it school and I see the phrase in my social feeds. How is baby Suzy starting "school" when she's only three months old?

Ok, I realize some daycare centers offer early childhood curriculums and have scheduled tummy times, seriously though..does that turn basic child care into school? I came across this article when searching for information on this topic, as well as the two cents from BabyCenter. The conclusion is daycare became school when daycare became standard in our culture and calling it "school" makes parents feel better. So, that's it? It makes us feel better? This is why we are not calling it for what it is? If the difference between putting food on the table is either not having or having your child(ren) in daycare then there should be no guilt! Do not let others put you down or make you feel bad for what you need to do for your family. They after all are not paying your bills! The riff raff around the attitudes of "why have kids if you aren't going to raise them and just put them in daycare" are a bit outdated and ancient. Times and economics have changed since the days of our mothers and grandmothers. It's nice if you want to and can but the working mom is by no means a lonely boat anymore. Why all this guilt?

Children under the age of four (except for in special needs) are not in school. They go to daycare, say it with me d-a-y-c-a-r-e. What you choose or just need to do for your family is no one's business. Don't let anyone make you feel guilty about using daycare and just call it for what it is. 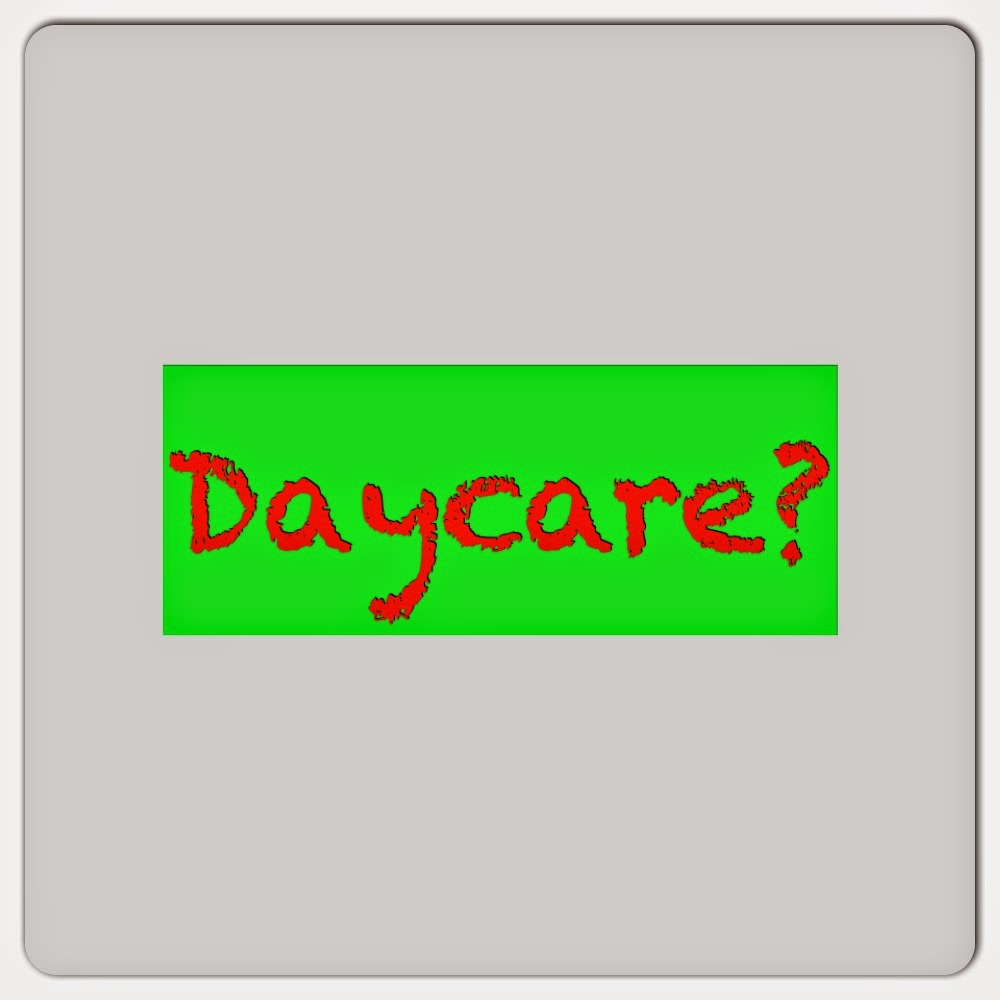 Xoxo and a tot giggle
Posted by Unknown at 4:18 PM